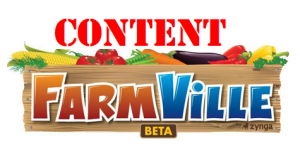 The sands of the Internet are constantly shifting underneath us. One major example is content distribution and audience reach via search vs. social. So much has changed even in the last year with regard to how people get information via search vs. social. This article is ostensibly about how Google+ isn’t a Facebook killer, but the part that stood out to me was this:

“Once upon a time…you hopped onto a search engine, plugged in a search term, found what you were looking for and went your merry way. [But] sharing and following and ‘liking’ and so forth have become the primary way people gather and dispense information. Search is still a big part of the equation, but social is getting bigger.”

In many cases—many, certainly, but not all—people trust their networks more than they trust a search engine’s results. It’s a fundamental understanding that content creators must adapt to. It’s no longer just about gaming SEO to rank in search; it’s about creating quality, sharable, trustworthy content.