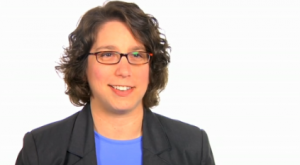 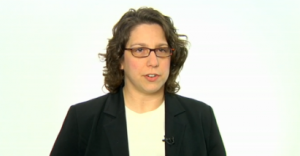 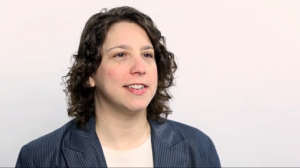 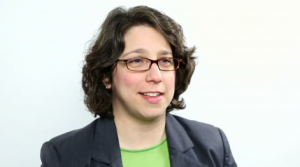 As I mentioned last month, I’ve recently had the opportunity to be part of the Broadway.com Word of Mouth Panel for the 2012–13 theater season. I get amazing seats at new shows for free, and my only obligation is to have an opinion on it afterward — not a big challenge! Here are my reviews of Annie (loved it!) and Dead Accounts (didn’t love it!). Click on my face to play! 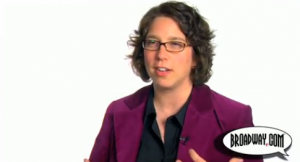 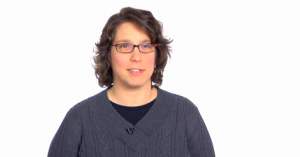 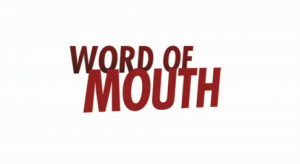 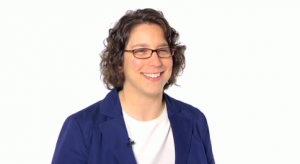 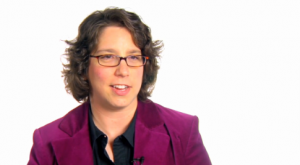 Whenever I meet someone who hates musicals, or claims not to “get” them, I try to explain why I have the opposite feeling. It’s a silly exercise, because ultimately it’s pointless to try to put words to art, but nonetheless I do defend musical theater. What I usually say is something along the lines of: “Musicals take words and feelings to another plane; when you’ve taken spoken feelings as far as you can go with them, they must pour over into song.”

The example I usually cite is “Maria” from West Side Story. Tony has just fallen in love at first sight with Maria and he starts talking: “Maria.” He repeats the name and it soon takes him over until he can speak it no more and it has elevated itself to necessarily being sung: “Maria! I’ve just met a girl named Maria!” And he’s up there on stage, live, letting it out, right in front of you! (Added bonus: This song also contains one of my all-time favorite musical passages, “Say it loud and there’s music playing/Say it soft and it’s almost like praying.”)

Allowing oneself to be captivated by musical theater — to give yourself over to its implausibility, its suspension of disbelief, its distinct storytelling — is, to me, a favorable personality trait. If the person I’m speaking to understands this example and the broader context, we can be friends. If not, I’m sorry, but it was nice to meet you.

So it took my breath away — in that way if does when you feel another person has precisely captured the thoughts in your own mind and set it forth into the world in better phrasing than you could ever conceive of — to read this graf from Scott Brown’s essay on Broadway songwriting in last week’s New York magazine:

“A true musical is the fissile power of internal contradiction gone critical. It’s the disciplined, rigorous release of madness from the molten core of the human soul, apportioned in meter, disciplined (barely) in song.”

Precisely why I must walk home after a great Broadway show, my heart beating fast, my legs moving quickly, my soul have been affirmed and elevated. Precisely the reason why Smash‘s actual musical numbers invigorate me and their karaoke song covers make me cringe and roll my eyes. (Same goes for all the jukebox musicals so popular today.) Precisely why Audra McDonald caused me to spontaneously cry during Porgy and Bess (and that’s just the most recent time — it happens a lot.)

They don’t all have to ballads, by the way: I love fun, zippy songs that tell or help unfurl a story, too. But they must communicate from that heightened place, the place where only musicals can go, and where those who understand can be transported.

The online addendum to that essay, which is mostly about the state of today’s musical songwriting, by the way, is a slideshow featuring theater folk and their suggestions for how to improve the lot of current theater. All worth a read, but the one that spoke to me most was James Nicola, who said, “I also think a common problem is a lack of good book-writing — a thankless job, so it doesn’t attract maybe the best or most accomplished dramatic writers because of how unappreciated the work is. In a musical, even the most amazing song can fizzle without the proper set-up from the book writer.”

I saw February House at the Public over the weekend, and I really loved it. The songs were alternately moving, funny, humane and devastating, and altogether well done, showing a lot of promise. The book, on the other hand, could use some work, and I hope the producers spiff it up before it goes on to its next life on Broadway.

But nonetheless I walked out of the theater ready to take on the world, invigorated and thrilled. Because even when it’s not the perfect combination of music, lyrics, book, cast and production, it can still be transformative and life-affirming and pulse-quickening when it’s good. That’s the best of musical theater. That feeling is one of the best gifts art can give us.