Almost exactly two years ago, Andrew Sullivan broke off from the Daily Beast and announced he would transition his extremely popular and much-read blog, the Dish, into its own site—one not owned by a media corporation or supported by advertising.

Said he at the time:

We want to help build a new media environment that is not solely about advertising or profit above everything, but that is dedicated first to content and quality. We want to create a place where readers — and readers alone — sustain the site. No bigger media companies will be subsidizing us; no venture capital will be sought to cushion our transition (unless my savings count as venture capital); and, most critically, no advertising will be getting in the way…. Hence the purest, simplest model for online journalism: you, us, and a meter. Period. No corporate ownership, no advertising demands, no pressure for pageviews.

How’s that going for him? Not so great. Last week he announced his retirement from blogging; this week the Dish announced it was shutting down.

We…have come to the conclusion that the practical, financial and editorial challenges of continuing on are simply too great for us to bear as we are, let alone without me.

He cited his health as the biggest factor.

We’re all only human. At some point, the marathon has to end.

Are there any conclusions to be drawn? Perhaps that it’s a ton of work to churn out fresh content, whether you’re owned by a corporation or not. Perhaps when there are “no advertising demands,” you have to generate other kinds of revenue to stay afloat (beyond your savings account), and perhaps that’s a lot of work. Perhaps even if you grind away at it but still can’t find such an alternate revenue source, you have to do all the work yourself. Perhaps this is time-consuming and stressful.

This just in: Running a user-supported content site is time-consuming and stressful. It is a ton of work. You do have to do it all. And you will burn out.

It’s sad, for sure, to see a fallen comrade. Sullivan tried a new way of doing things, and that’s admirable. If there’s a lesson for the media at large from this affair, it’s that we have to keep trying new things. We must tackle new challenges, especially the hard ones (like how to run a site without corporate oversight and ads, for example), and we must keep going, keep reinventing, keep trying.

Not to be too dramatic, but to quote Samuel Beckett from The Unnamable, “In the silence you don’t know, you must go on, I can’t go on, I’ll go on.” 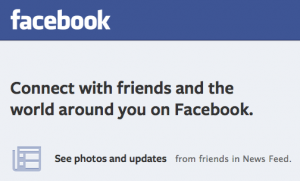 It’s too late to be timely on this, considering January is now over, but I finally read Mat Honan’s Wired piece about media start-ups. I’ve called out some key passages below, but the highlight of Honan’s piece happened off-page. The setup of the print-article-about-online-media-startups thing was awkwardly funny enough, but the punch line of the whole situation is that this was Honan’s last feature for Wired because after interviewing BuzzFeed for the article, he left to take a job at BuzzFeed. In this Wired piece, he wrote, “Everyone wants a piece of BuzzFeed.” The irony either stings or tickles, depending on your perspective.

The best encapsulation of the piece comes at the end, but I’m going to put it right up front so as not to bury Honan’s conclusion. It comes down to this:

Here is the big secret: Nobody has it figured out. Everyone’s just hoping not to be totally fucked six months from now! There’s no retreating from the unbundled story. We aren’t going to start going back to the front pages of websites any more than we’re going to go back in droves to print. Times will change, but they won’t change back. Which means that, ultimately, the best and only way for publishers to win your attention is with really good stories. A good story, well told and suited for its audience, has always been the thing and always will be. But never more than now, when the story has to live on its own.

The media has been so completely flattened and democratized that your little sister can use the same distribution methods as the world’s most powerful publishers. She has instant access to you—potentially to everyone—and she doesn’t need to invest in broadcast towers or a printing press, satellites or coaxial cable….Even Hearst never had to compete with corgi videos. But the thing is, the media isn’t just competing with your little sister—it’s co-opting her, using her as a vector to spread its content. She is the new delivery mechanism. The question for news publishers is no longer how to draw an audience to their sites, it’s how to implant themselves into their audience’s lives.

The must-see publication of the 21st century is the first vibration in your pocket. While news apps have to be fast, they also have to practice restraint. Vibrate a pocket too often and people will delete your app for being annoying. Gone from the homescreen! And good luck getting someone to try it again.

[BuzzFeed’s Dao] Nguyen sees BuzzFeed as a technology company as much as a media company, and that means investing in data and software. “When media companies think of growth, they tend to think of it as a marketing function,” Nguyen says. “We talk about growth as a technology function—building tools and products, and making changes in your platform.” …BuzzFeed has tools like a headline optimizer. It can take a few different headline and thumbnail image configurations and test them in real time as a story goes live, then spit back the one that is most effective. Once a story goes up, an algorithm looks at the early traffic and social activity and predicts whether it is going to be a hit.

“There’s a lot of precedent of distribution companies and content companies building businesses together,” [BuzzFeed’s Jonah] Peretti says. “[But] the algorithms are always changing. We have a very long-term view, and the only way to succeed in the long run is to make content people love to share with their friends, tell stories that are meaningful to people’s lives, and break news stories that have an impact on the world.”

When Facebook is the distribution mechanism, its whims dictate what your audience sees. A single decision about what kinds of content should appear in the News Feed could take away hundreds of millions of readers from BuzzFeed.

…leads nicely into Will Oremus’s Slate article about the same. Oremus’s piece is a well-done brief but complete summary of the way website publishing has evolved dramatically over the past not-even-decade, from the user typing in a URL to searching on Google to social sharing. He discusses how the media ran toward the ball each time, first gaming Google’s algorithms and then Facebook’s.

In fact, Facebook has flipped the script on the publishers, who are now utterly reliant on Facebook’s social media juju for their paychecks. Basically, Facebook has told publishers that videos will auto-play on Facebook users’ news feeds—but only if those videos were uploaded via Facebook, not via an outbound link to the publisher. So if a publisher merely posts a video link to its (probably very expensively produced!) own content, it will get dinged by Facebook. Oremus summarizes the problem thusly:

Facebook is now cutting your website out of the equation entirely when it comes to videos, the fastest-growing and most lucrative online medium. If you post a video on your site, it is likely to be received poorly on Facebook, and very few people will see it, so you won’t make much money. If you post it on Facebook, it may be seen by millions. But the advertisements in Facebook’s news feed belong to Facebook, not you. The side effect of posting a video on Facebook is to make Facebook the publisher of that video and to demote [publishers] to the role of producer. The only question is whether Facebook will deign to share any of that money with you.

Facebook will set the terms for the sharing of revenue from videos posted in its news feed, and those terms will be very favorable to Facebook. Each website will have to decide for itself whether to accept those terms. Many will resist, recognizing that they can’t possibly make as much money from videos posted on Facebook as they did back when Facebook generously linked out to videos hosted on their own sites. But some will accept, eager to be on the leading edge of the latest trend in content distribution. Some may lose money on the deal, but that doesn’t actually matter. Because those that accept will be, by and large, startups backed by venture capitalists who are willing to lose money for years as long as they’re winning market share. The holdouts will hew as long as they can to their outmoded practice of posting links on Facebook instead of full videos, but eventually they’ll either give in or lose out.

He goes on to predict that video is just the beginning, and you just know he’s right.

If Facebook and its users find that video works better when it’s embedded in the news feed, they might soon find that the same principle applies to gifs, listicles, photo essays, and even full news articles. Facebook could start by displaying a short preview in users’ news feeds, as it does now. Then, when the user hovers over the preview, the rest of the post could drop down. Posting full articles on Facebook, rather than just linking to them, would of course be optional for publishers. But it isn’t hard to imagine a Facebook blog post in late 2016 innocently advising partners in the media that full stories posted directly to the news feed appear to be doing quite well on the social network.