Interesting infographic at Mashable. Even though there are >1 million apps out there, it’s hard for app developers to get theirs noticed. (Furthermore, as a user, it’s hard to know where to start.) There’s a lot of talk about apps being the wave of the future, and every company wants to hire an app dev, but it sure seems like that’s not tracking with reality when you consider these facts: 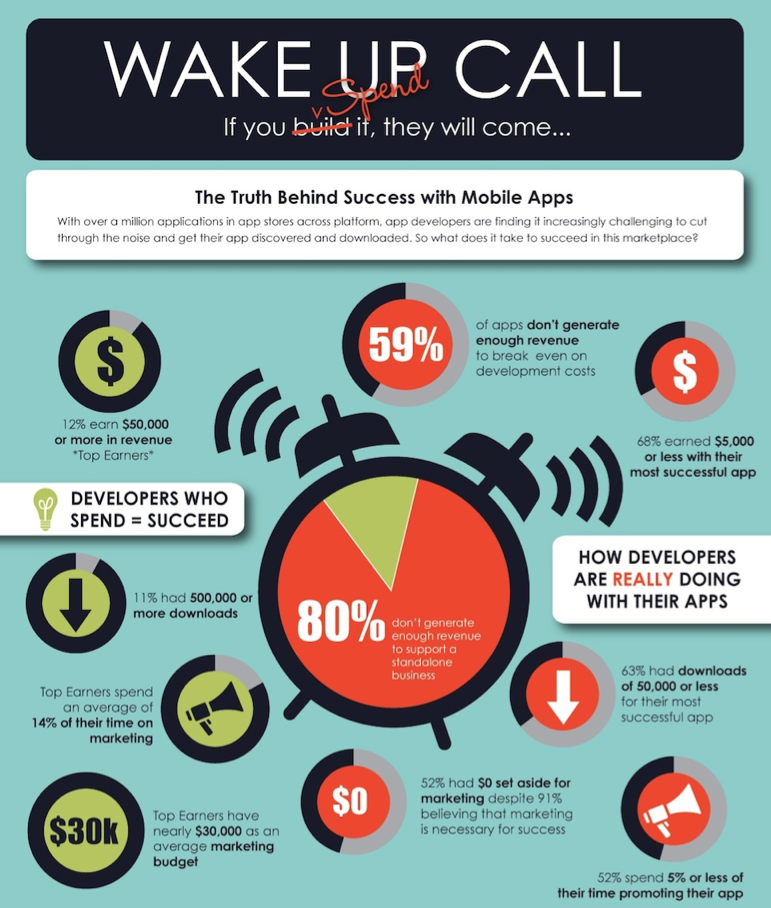 For larger brands, app presence is seemingly the new web presence — you have to have one simply to prove to the world that you exist. But I don’t think the business case is there in most cases. Often ideation is slapdash, validation is nonexistent and the UX is subpar. And this is all before the absent marketing that the above infographic details. And even when you have the best visibility, and you somehow price it right, and you have a great product that solves users’ problems, the app still dies of irrelevance when it’s not tested, updated and re-promoted — via so-called influencers or a dedicated product website? — so users can actually find it.

Tough going in the world of app development.